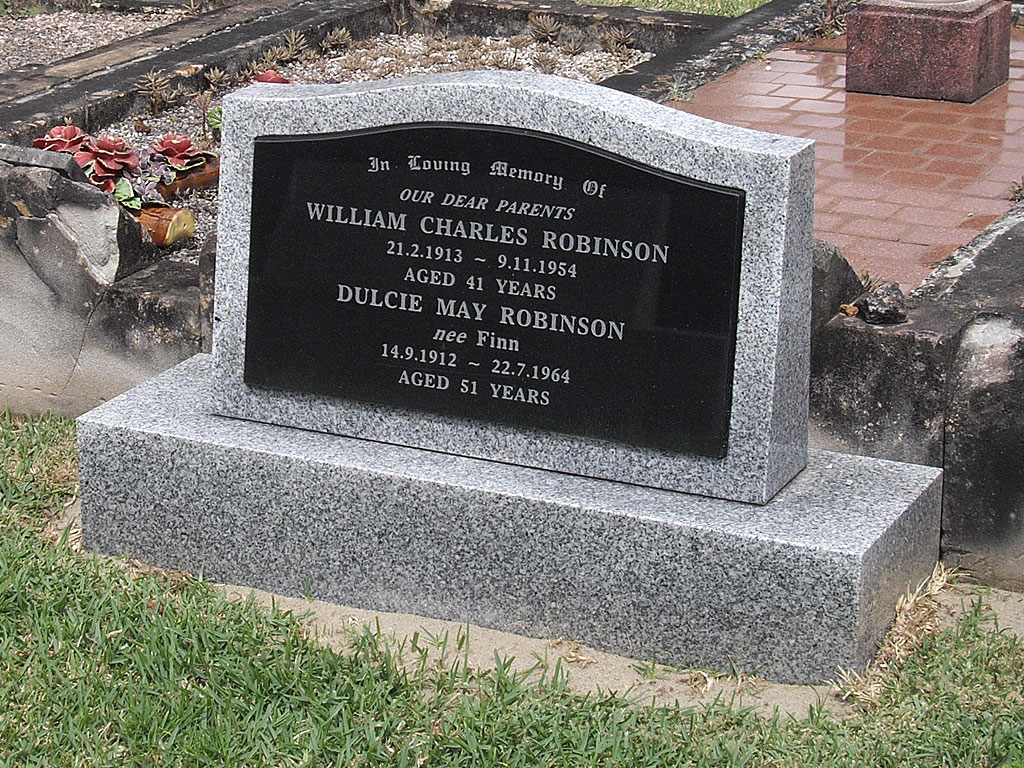 William Charles Robinson and his wife Dulcie May were buried in 1954 (09/11/1954) and 1964 respectively. They are buried at: Macquarie Park Cemetery and Crematorium North Ryde Ryde City New South Wales, Australia Find a Grave Link in the CATHOLIC MONUMENTAL section, U11, Grave 0004. Macquarie Park Map Link We were asked to restore the site and add a Ogee style headstone (similar to the Oval Top with shoulders in our styles).   Family History. When William Charles Robinson was born on February 21, 1913, in New South Wales, his father, Thomas, was 26 and his mother, Lillian, was 22. He had one son with Dulcie May Finn on March 22, 1937. He died on November 9, 1954, in Neutral Bay, New South Wales, at the age of 41, and was buried in Ryde, New South Wales. 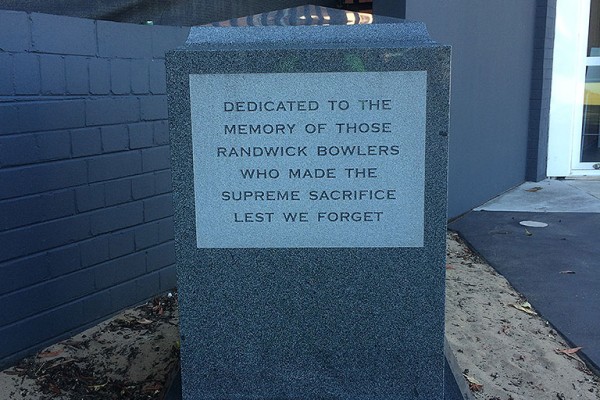 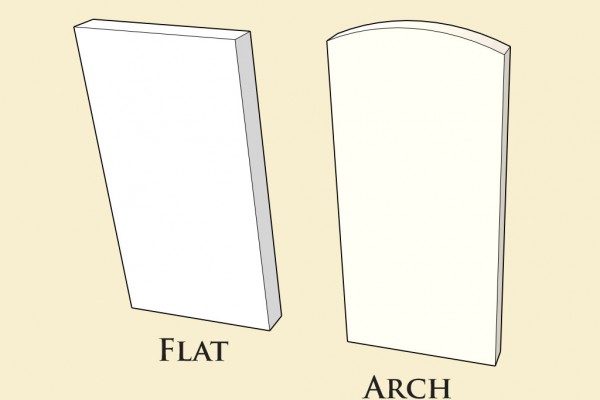 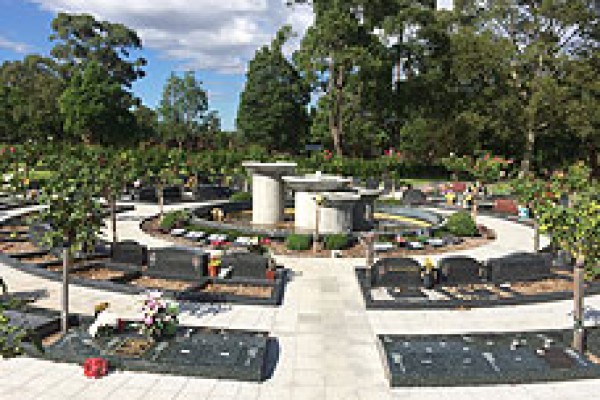 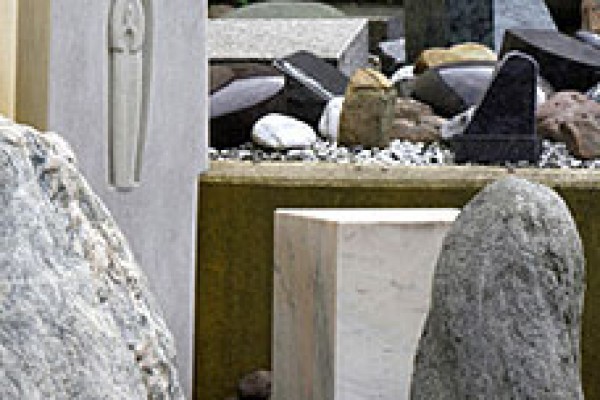 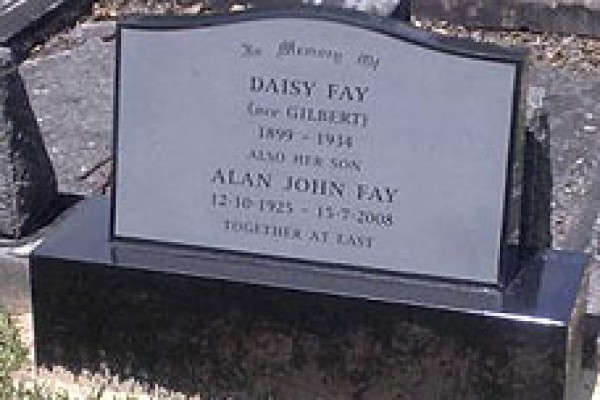 Tyrrells memorials have erected over 35,000 memorials over the last 85 Years to the highest of standards, standards set by our Founder Thomas Henry Tyrrell. 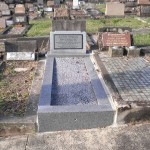 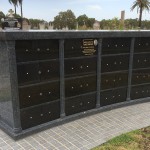 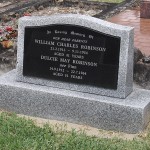 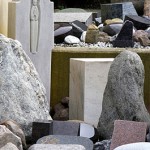 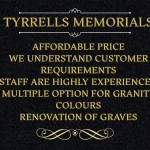 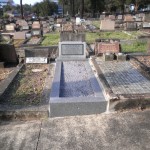